For whom the bell curve tolls

As many family physicians, coders, and billers know, if your E/M coding pattern varies significantly from the norm of other physicians in your specialty, a Medicare audit can result. But what does the norm look like? According to national data from the Centers for Medicare & Medicaid Services for 2007 (the most recent data available), it looks like this for family physicians: 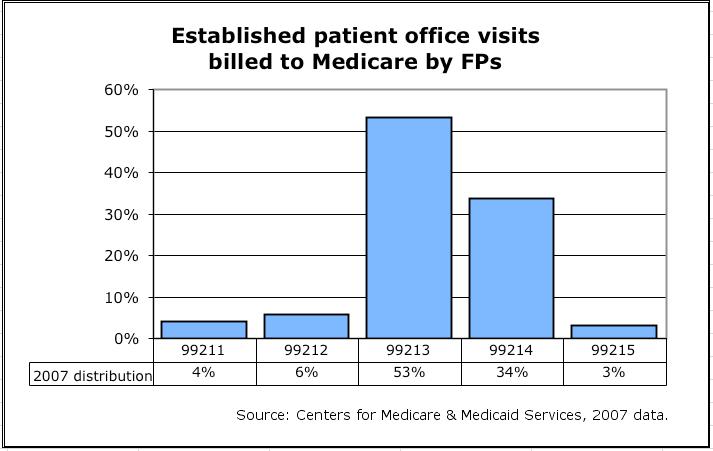 As one would expect, the norm is almost a bell-shaped curve.  If your coding pattern is to the right of this curve (i.e., you code a significantly greater percentage of your encounters at higher levels than the norm), you may want to review the documentation for a sample of encounters to ensure that (1) the documentation supports the level of service and (2) the level of service seems medically reasonable or appropriate.

If your coding pattern is to the left of the curve (i.e., you code a significantly greater percentage of your encounters at lower levels than the norm), you may still want to review the documentation for a sample of encounters.  In this case, the rationale for doing so is to ensure that you are not routinely undercoding and leaving money on the exam table in the process. If you're not sure of your coding pattern, you can download an Excel spreadsheet from the FPM Toolbox that will help you calculate it.

Get "Quick Tips" in your inbox

Disclaimer: The opinions and views expressed here are those of the authors and do not necessarily represent or reflect the opinions and views of the American Academy of Family Physicians. This blog is not intended to provide medical, financial, or legal advice. Some payers may not agree with the advice given. This is not a substitute for current CPT and ICD-9 manuals and payer policies. All comments are moderated and will be removed if they violate our Terms of Use.