A Perfect Time to Talk About Breastfeeding

Rather than celebrate mothers and motherhood on Mother's Day, Time magazine recently dared its female readers to be "mom enough." The May 21 cover story about attachment parenting featured a provocative photo(www.time.com) of a young model -- complete with skinny jeans and tank top -- nursing her 3-year-old son, who was looking at the camera while standing on a chair to reach his mother's exposed breast. 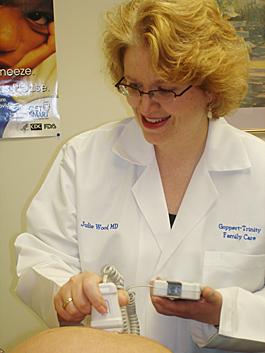 The results were predictable. According to The New York Times, the issue was Time's best seller this year, and the magazine doubled the number of subscriptions it sells in a typical week. With more than 50,000 mentions on Twitter and more than 40,000 Facebook likes, it also set off innumerable arguments about parenting in online forums.

As a breastfeeding advocate to my patients, residents and fellow physicians, I was frustrated by this negative and unrealistic photographic portrayal of breastfeeding and the "are you mom enough" title. Time reached millions of readers, but it squandered an opportunity to educate and empower mothers, their families and the general public.

Although Time failed to properly promote the health benefits breastfeeding provides for children and their mothers, the buzz created by the magazine's controversial story provides an opportunity for physicians to do just that.

Family physicians are uniquely positioned to promote and support breastfeeding throughout a continuum of ages. FPs can make an important difference in the health of women and their babies by providing education to mothers and their families.

The reality, however, is that although 75 percent of U.S. children are breastfed as newborns, less than 50 percent are still receiving breast milk by age 6 months. Only 13 percent of mothers follow recommendations to feed breast milk exclusively for the first six months of their child's life.

The United States was ranked 36th(www.savethechildren.org) --  dead last -- in breastfeeding support among industrialized nations in a recent report by Save the Children, the international children's rights organization.

Last year, Surgeon General Regina Benjamin, M.D., M.B.A., a family physician from Bayou La Batre, Ala., called on physicians and others to support breastfeeding efforts. In her report(www.surgeongeneral.gov), Benjamin said basic support for breastfeeding should be a standard of care for midwives, obstetricians, family physicians, nurse practitioners and pediatricians. She also said all health professionals who care for women and children should have education and training in breastfeeding.

Although the United States has made strides in improving its breastfeeding rates, we continue to achieve lower rates than national goals. Let’s use this time of heightened awareness about breastfeeding to offer accurate, family-centered information to our patients.

Julie Wood, M.D., of Lee's Summit, Mo., is a first-year member of the AAFP Board of Directors.

Editor's Note: The Academy is offering a session titled "Clinician Role in the Promotion of Successful Breastfeeding" (as well as related sessions) during a Family Centered Maternity Care CME event August 8-11 in Portland, Ore.