As Flu Reaches Epidemic Proportions, Protect Yourself and Patients

During the past three months, hospitals in my home state of Illinois have admitted 150 patients(www.idph.state.il.us) to intensive care units with influenza-like illness. Six of those patients died. During the same time last year, Illinois had two hospitalizations and no deaths from the flu.

Closer to home in Chicago, six area hospitals were recently on bypass(abclocal.go.com), in part because of the spike in influenza illnesses. And, we're not alone. The CDC said Jan. 11 that 47 states are reporting widespread influenza activity(www.cdc.gov), and 24 states were reporting high influenza activity(www.cdc.gov). In Boston, officials have declared a public health emergency(www.cityofboston.gov) after the number of reported influenza cases in the city jumped 10-fold over last season's total. 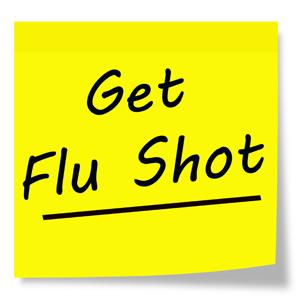 CDC officials have said this could be the worst flu season in a decade. We already have reached epidemic levels, and we've still got a long way to go.

So, what are we going to do about it? I got my flu shot. Have you got yours?

The CDC's Advisory Committee on Immunization Practices (ACIP) recommends that all health care workers get vaccinated annually against the flu. The AAFP adopted policy two years ago supporting mandatory influenza vaccinations for health care workers. At least 10 other medical organizations have adopted similar policies, and numerous employers -- including mine -- have taken a similar stance.

Still, the CDC estimates that fewer than 65 percent of health care workers are vaccinated(www.cdc.gov) against the flu, leaving our patients, colleagues and families at risk.

A hospital in Indiana recently made news when it fired eight employees who refused the vaccine. That state already has reported 21 deaths(www.in.gov) from influenza this season. So many health care workers -- from front desk staff to nurses and physicians -- come into contact with patients. Those who refuse immunizations are denying the proven safety and efficacy of the vaccine and jeopardizing the health of our most vulnerable patients(www.cdc.gov).

Low flu vaccination coverage among health care workers has led to outbreaks in hospitals and long-term care facilities. Conversely, health care workers who are immunized help reduce the transmission of influenza and prevent illness and death as well as lost work days among staff.

For those of you who are not vaccinated, however, flu season typically lasts into March, so it's not too late to be vaccinated. You also can help improve vaccination rates in your patients by encouraging them to get immunized and also by dispelling myths -- such as you can't get the flu from the vaccine.

Some of your patients may refuse the vaccine because they are fearful of needles. But the flu vaccine also is available in a painless nasal spray, as well as an intradermal shot with a needle that is 90 percent shorter than those used for intramuscularly administered vaccines. Patients whose insurance offers them a choice should be made aware of those options.

It's not too late for your practice to increase the rate of vaccinations in your community by decreasing barriers to your patients getting vaccine. You can offer extended nurse visit availability or create campaigns -- alone or in partnership with local public health agencies -- that target your patients as well as the most vulnerable in your area.

If your practice is not providing vaccinations -- or if you have exhausted your supply of vaccine -- make sure you know where to refer patients and staff in your community. There are vaccine shortages in some areas, according to the CDC.

More than 90 percent of the influenza viruses that the CDC have analyzed match the viruses included in the 2012-2013 influenza vaccine. The agency said people who are immunized are 62 percent less likely to need medical care for the flu than those who are not. Although that level of efficacy is less than what we see in many other vaccines, staff and patients should be reminded that the flu vaccine still is the best way to protect themselves and their families. After spending a day with sick patients, don't take the flu home to your loved ones.

Finally, the CDC has a Web page(www.cdc.gov) devoted to flu resources for health care providers, including information about diagnostic tests, antiviral recommendations and surveillance. The AAFP also has a Web page devoted to immunization resources.

Protect yourself, your patients and your family. Get immunized.

Ravi Grivois-Shah, M.D., M.P.H., is the new physician member of the AAFP Board of Directors.