In family medicine, we've known for years that the United States isn't getting the proper return for its $13 billion annual investment in graduate medical education. Federal funds paid to hospitals for training purposes too often result in the expansion of the subspecialty residencies hospitals need to maximize their own bottom lines -- cardiologists, radiologists and a slew of other "ologists" -- instead of producing the balanced workforce our health care system actually needs. 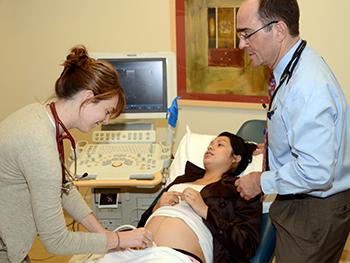 If legislators haven't already heard this message from the AAFP, the Council on Graduate Medical Education (COGME) -- which was created by Congress to provide assessments of physician workforce trends and training issues -- has recently spelled it out for them again.

In a new report released last month(www.hrsa.gov), the physician-led panel continued its call for more primary care physicians. In doing so, COGME was critical of Congress for underinvesting in GME. It also took aim at teaching hospitals for not emphasizing primary care and offering curriculum that was inadequate in related areas, including population health, care coordination and team-based care. COGME also questioned why national accrediting organizations have not taken the lead in bringing about these necessary changes.

There are numerous recommendations in the 28-page report, and we will have a more detailed report this week in AAFP News Now. But here are a few highlights:

COGME's recommendations are well timed. The Institute of Medicine is expected to release a review of the governance and financing of GME early next year. That report, which was requested by Congress, should prompt legislative reform.

The need is clear. Despite the fact that more than half of patient visits are for primary care, only 7 percent of U.S. medical school graduates are choosing careers in primary care. A study published last year in the Annals of Family Medicine stated that the United States will need more than 50,000 additional primary care physicians by 2025 -- 33,000 to account for population growth, 10,000 to accommodate an aging population and more than 8,000 just to care for people who will be newly insured because of health care reform.

Tax payers are investing billions of dollars each year in physician training as a public good. For this level of investment, shouldn't we expect a physician workforce that meets our country's needs?

Jeff Cain, M.D., is President of the AAFP.