Food Security: Take a Lesson From Your Patients

A recent study in Health Affairs(content.healthaffairs.org) found that low-income Californians with diagnosed diabetes were more likely than the state's higher-income residents to be admitted to the hospital for hypoglycemia. The results were particularly striking when evaluated on a week-by-week basis because low-income residents had a 27 percent increased risk of being admitted for hypoglycemia during the last week of the month compared with the first week.

The study's authors suggest a correlation between economics and health. As patients' funds become limited, so did their access to healthy food. The results indicate that those most vulnerable to food insecurity -- defined as limited or uncertain availability of nutritionally adequate and safe food -- may also suffer adverse health outcomes when resources are scarce. 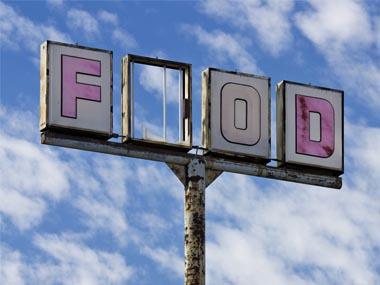 The results are not surprising, and other studies have suggested a link between food insecurity and adverse health outcomes(www.ncbi.nlm.nih.gov). These studies should remind us of the importance of asking patients about their access to food. It rang clear for me through my interactions with one of my patients, who we'll call Dennis.

Dennis was in his mid-40s and obese. He also had diabetes and hypertension. When I took over his care, his conditions were well-controlled, and he was compliant with his medications. After seeing him for about a year, his hemoglobin A1c rose significantly and his blood pressure became uncontrolled.

He told me that he wasn't eating as well as he knew he should. We reviewed carbohydrate and sodium goals, and he promised to try to eat more salad. I suggested adding insulin, but he said he wasn't ready to take that step.

At his next visit, when we hadn't seen much change in his numbers, I finally asked why things changed so dramatically. It was at this point that he admitted he now was homeless, surviving on food stamps and the good will of others.

His diet consisted almost entirely of eating at fast food restaurants and soup kitchens, he told me. He was still reluctant to use insulin because he feared he would be robbed for the needles. With that knowledge, we were able to strategize how to use his limited food dollars to get the nutrients he needed and how to titrate his medications more appropriately to match his food intake.

For me, it was a wake-up call to ask not only what people are eating, but also how often they are eating. It opened my eyes to the need to ask my patients about their eating habits. I'm sure I'm not the only family physician who has encountered mothers who water down their baby's formula to make it stretch, elderly patients getting by on tea and toast, or parents who go hungry so their kids don't have to.

Patients often are reluctant to admit that they are having a hard time putting food on the table. And the impact of food insecurity on health is vast, including both malnutrition (from lack of nutrient-rich food) and obesity (due to eating cheap, calorie-dense and nutrient-poor food) , as well as all of the complications associated with those problems.

According to the U.S. Department of Agriculture, 14.5 percent of households were food insecure(www.ers.usda.gov) at some point during 2012. As family physicians, the most important thing we can do to help our patients regarding this issue is to ask about their food practices, especially when there is a change in their health status. There are federal, state, and local programs to help individuals who may be food insecure, including the Supplemental Nutrition Assistance Program(www.fns.usda.gov) for adults; the Special Supplemental Nutrition Program for Women, Infants, and Children, better known as WIC(www.fns.usda.gov); and national school breakfast and lunch programs(www.nutrition.gov) for children and families.

For my patient Dennis, asking the right questions about his food practices was the key to getting his health back on track.

Kisha Davis, M.D., M.P.H., is the new physician member of the AAFP Board of Directors.