Hospice Experience Can be Rewarding

It used to be that when I had a patient whose health was declining and he or she was nearing the end of life, I would direct the patient to hospice care.

Hospice would take responsibility for the patient's care, and I would receive updates by phone. I might go by and see the patient once or twice. Ultimately, I would be notified that the patient had died, and I would call the family to offer my condolences. 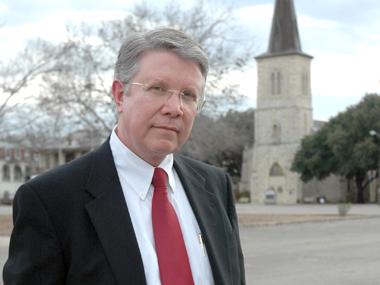 That was my standard procedure for more than 20 years.

Then my own mother was diagnosed with cancer. Her health declined, and she went to hospice. There, I was free to be her son and not another doctor in the room. We listened to the old 1950s music that she loved and reminisced. I will always be grateful that we had those 21 days together.

My mother's physician at the hospice was a general internist who had his own practice but who also worked at the hospice on the side. I was intrigued, and, rather than following the old routine of referring my terminal patients to someone else, I started following them through hospice care myself.

It only makes sense. Family physicians help bring new lives into the world. Then we care for those patients throughout their lives and help them make that life as healthy and productive as possible. At the end of life, we can help them be as comfortable as possible.

The hospice in San Antonio is near the hospital to which I refer my patients, so I make rounds at both facilities. I was at hospice often enough checking on my own patients that, after a few years, I was asked if I would take calls a few times a month. So now I work two weekdays and one weekend a month at hospice in addition to my own practice. And after I take on a hospice patient, I follow him or her through the process.

Hospice can be an uncomfortable topic for physicians, but I've found it incredibly rewarding. The opportunity to build relationships with patients is why many of us chose family medicine in the first place. We build connections over years with our patients. In hospice care, similar bonds can form in a much shorter time.

One of the patients I met at hospice was a 42-year-old single mother. She had terminal throat cancer and could no longer talk. During rounds one day, I asked if she had any pain. She did not look up from her notepad and simply wrote, "No." I asked if I could do anything for her. Again, she wrote, "No."

So I went on and completed my rounds. But when I was done, I went back to her room and sat down by her bed. She wrote that she did not want to talk, but I told her that we should talk anyway.

Then I asked her what she was afraid of.

I looked down at her notepad waiting for a response, but what I saw next were not words but tears dropping on the page.

She was afraid that the cancer would eventually erode a major artery in her throat, and she would drown in her own blood. I assured her that if her condition deteriorated to that point, we would give her medication to make her sleep, and she would not suffer. She asked me to promise, which I did.

She then told me about her adult daughter and her 6-year-old son and that she wanted the daughter to have custody of the boy. The paperwork had not been completed, so I arranged for a social worker to meet with them, and it got done.

At one point, she took my arm and told me, in writing, that two oncologists, two surgeons, an otolaryngologist and two radiologists had seen her during her treatment, but I was the first doctor who had sat down and talked with her.

Well, that's what family physicians do, isn't it?

In 72 hours, she was gone. But after those three days, it seemed like I had known her for years.

That's what the hospice experience can be.

If you think you don't have anything to offer to hospice care, you might be wrong.

Lloyd Van Winkle, M.D., is a member of the AAFP Board of Directors.