Physicians Sticking With Medicare … for Now 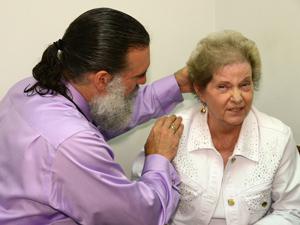 The numbers presented by HHS were not broken down by specialty. According to an AAFP member survey, however, family physicians are accepting new Medicare patients at a lower rate with only 81 percent of respondents doing so last year, down from 83 percent in 2010. Eighty-seven percent of Academy members participated in Medicare last year, down from 90 percent two years earlier. The percentage of patients covered by Medicare in AAFP member patient panels remained virtually unchanged at 24 percent.

The numbers published by HHS are somewhat surprising given the uncertainty presented by the sustainable growth rate (SGR) formula. It's reassuring that Medicare patients still have access to care, despite the fact that physicians are weary of the flawed formula and the annual interventions by Congress that are needed -- in lieu of an actual solution -- to avoid potentially devastating cuts in physician payments.

The SGR will trigger a nearly 25 percent reduction in the Medicare physician payment rate on Jan. 1 unless Congress abolishes the SGR or passes another temporary patch, which it did four times in 2010 and once in both 2012 and this year.

The AAFP and other physician groups continue to advocate for a permanent solution, and the Senate Finance Committee is expected to unveil its own SGR replacement bill this month. In July, the House Energy and Commerce Committee unanimously approved a Medicare physician payment bill that would abolish the SGR formula and provide an annual 0.5 percent physician payment increase for the next five years.

It is encouraging to see that the Energy and Commerce bill emphasizes moving the payment system to one that pays for value rather than the problematic pay-for-volume process that has contributed to our high costs and poorer outcomes. However, it's worth noting that the model envisioned in that bill will require practice investments by physicians, whose pay should be adjusted to reflect those investments.

So, can the two Houses agree to a solution before the scheduled cut in January? Even if they do, the SGR isn't the only issue threatening Medicare physician payments and patient access to physicians who accept that coverage. Sequestration poses small, annual cuts that would be equally devastating in the long term with 2 percent cuts scheduled each year through 2021.

The data published by HHS indicates that many physicians are willing to wait for a solution, but for how long? According to The Wall Street Journal, more than 9,500 physicians who had accepted Medicare opted out of the program last year. What will the numbers show if Congress allows the SGR's nearly 25 percent cut to take effect or if sequestration slowly chips away at payments for nearly a decade?

Nearly 47 million Americans -- or more than 15 percent of the U.S. population -- rely on Medicare. What will their access to care be like if threats to payment persist?

We know access to primary care is an issue, and the HHS data backs that up. Although 88 percent of Medicare patients and 83 percent of privately insured patients reported that they had no problem making appointments with new subspecialists, the numbers were much lower, 71 percent and 72 percent respectively, for Medicare and privately insured patients seeking appointments with new primary care physicians.

Access to subspecialty care is important, but these numbers highlight how fragmented our system has become. Primary care physicians, not subspecialists, should be the first point of contact for patients in a high quality, effective health care system. Fixing the SGR, including a positive update for Medicare physician payments, would go a long way to ensuring patients have the access they need to the right treatment at the right time.

Reid Blackwelder, M.D., is president-elect of the AAFP.