The year was 1947. A gallon of gas cost less than a quarter, and you could drive away in your own brand new Buick Roadmaster for $2,600.

The Cold War was officially underway as the United States introduced the Truman Doctrine, a new strategy to contain communism.

"The Best Years of Our Lives" -- a tale of soldiers returning home from World War II -- cleaned up at the Academy Awards, winning seven Oscars. The price of a movie ticket? Forty cents. If you were seeking entertainment at home, radios outnumbered televisions -- which were black and white -- nearly 100 to one. 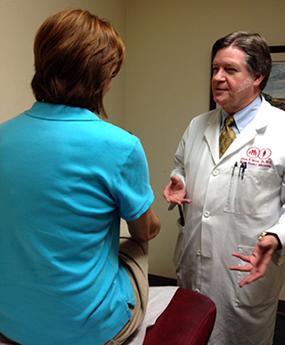 In the world of medicine, the AAFP was founded to promote and maintain high quality standards for family physicians.

Much has changed in our country -- and in our specialty -- during the past 65 years. And those changes need to be reflected in our governing document. In fact, to remain current and relevant, most parliamentary authorities and business consultants recommend that an organization’s Bylaws be reviewed and revised on a regular basis -- at least every five to 10 years. The AAFP's Bylaws have been amended several times over the years, but we have never had a complete revision.

Now, however, a revision of the AAFP Bylaws is being brought before the AAFP's Congress of Delegates in Philadelphia for consideration.

More than six decades' worth of changes in the culture and customs of the organization, as well as multiple amendments, have left the Academy's Bylaws a bit outdated. So, in 2009, the Board Chair appointed a Task Force on Bylaws Revision to modernize and update our Bylaws.

The task force started with a blank slate to create Bylaws appropriate for a modern, progressive, high-performing, 21st century organization. It was not the goal of the task force to make major substantial changes to the Bylaws but to reorganize, modernize, update the language, and make them more readable and user friendly. Another goal was to remove from the Bylaws the procedural details that would more appropriately belong in other policy and procedure documents. The task force wanted to reduce the Bylaws to the core foundational principles by which the AAFP is governed. That was our charge from the Board Chair.

Members of the task force wanted an open and transparent process, and the task force has delivered draft versions of the Bylaws for member review and comment on three occasions. The task force also held an open forum and hearing at the 2011 Congress of Delegates in Orlando. During the past 2½ years, the task force has received numerous comments and suggestions. All have been carefully considered, and many have been incorporated into the new document.

Another goal of the task force was to stay true to the spirit of the current Bylaws, and as I mentioned above, not make substantial changes. However, that doesn’t mean that there were no changes. One of the significant changes was moving the election procedures and voting process detail to the Standing Rules of the Congress of Delegates (SRC).  The qualifications and eligibility for each office or position, for the candidates, and for voting remain in the Bylaws.

The Board also is responsible for the budget and financial integrity of the AAFP. For this reason, the provision for a dues cap in the current Bylaws has been removed in the revised document. The Board has been very judicious and respectful of the membership and has tried to keep dues as reasonable as possible. The Congress of Delegates has never failed to raise the dues cap when it has been asked to do so.

Many of the other changes are cosmetic or address areas where the current Bylaws are silent.

The task force has worked diligently during the past three years to understand and evaluate the consequences of any change that has been proposed. Overall, members of the task force think the proposed revised Bylaws offer the Academy an improved, more user friendly, better organized, updated and modernized document.

I encourage you to view the proposed Bylaws. The proposed changes to the SRC are also available for review. (Information moved from the current Bylaws to the SRC appears in red.)

Any member of the AAFP may appear before the Bylaws reference committee at the Congress of Delegates and offer testimony on the proposed revision to the Bylaws.

I look forward to the reasoned debate, thoughtful consideration and wise decision of the Congress of Delegates in Philadelphia.

John Meigs, M.D., is Speaker of the Congress of Delegates, the governing body of the AAFP, and Chair of the Task Force on Bylaws Revision.