A regulation hockey puck is six ounces of frozen, vulcanized rubber. Struck by the right athlete, a puck can speed across the ice at more than 100 mph. So when 200-pound athletes are slamming each other into the boards, swinging sticks (and occasionally punches) while skating on solid ice in pursuit of said puck, it's not a bad idea to have a physician around.

That's where I come in. 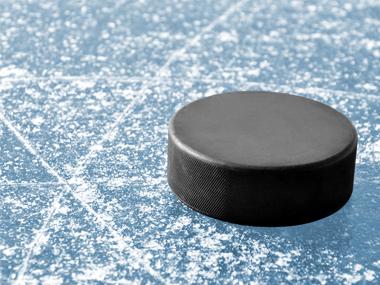 I recently was attending an Iowa Wild game in my role as team physician for the local minor league team when one of the players was struck by a puck in the lower leg. It hit him hard enough that the crowd let out a collective groan.

I kept an eye on him to make sure he wasn't favoring the leg, but he kept on skating and stayed in the game. When the game was over, a trainer called me over to take a look at the injured leg. The puck had shattered his shin guard, ripped a nickel-sized hole in the tissue and exposed his tibia.

Hockey players, as it turns out, are pretty tough.

I irrigated the wound, removed pieces of the shattered shin guard from the wound and closed it with a vertical mattress.

What I didn't give him was a bill. Sports medicine of this kind -- treating injured players during or after a game -- typically is done on a volunteer basis. Teams show their gratitude with gear, tickets and other perks.

So why do it? Sports medicine is one more way that family physicians can support our communities, whether through a local high-school team, a pro franchise or something in between.

I was a track athlete in high school, and I stay active with cycling, running and skiing. As a medical resident, I knew my days of being an athlete were behind me, but I still wanted to be involved in sports. So I took extra training in sports medicine, and when I started my practice I volunteered as a team physician for the local high school.

A few years later, our town landed an arena football team, and it needed a primary care physician to work with orthopedists. It also needed someone to manage care of its players, coaches and their families. I not only see them at the games, but they come to my office for preventive medicine as well as when they are ill.

It's been fun to get to know the team and their families on a personal level and build those relationships. These are people who are extremely talented at what they do, and it's gratifying when they look to me for expertise at what I do.

Sports medicine can build your practice without an official connection to a team. Athletes -- pro and amateur -- talk amongst themselves about their injuries and how and where those injuries are being treated. And when an injured weekend warrior comes to me for rehab, often his or her whole family follows.

Over time, people in the community have come to associate me with sports medicine. When my sons were playing high-school sports, other parents often told me that having me on the sidelines was reassuring. That's a good feeling, much better than, say, a puck to the leg.

Robert Lee, M.D., is a member of the AAFP Board of Directors.