Support for GME Reform Exists; Agreement on How is Lacking 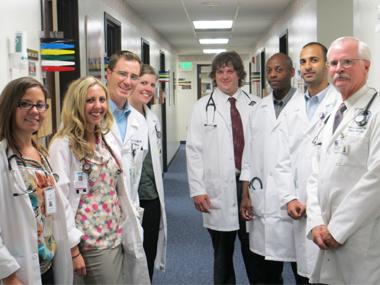 In an interview with AAFP News Now, AAFP Vice President for Education Perry Pugno, M.D., M.P.H., the Academy's liaison to CAFM, said the biggest barriers to implementation of these concepts are "the tremendous need for change in how U.S. graduate medical education (GME) is financed" and resistance to reform by people who benefit financially from the flawed system already in place.

Although there is widespread recognition of our nation's need for more primary care physicians, there is not agreement in Washington on how to meet that goal. Two bills have potential to greatly enhance efforts to increase the family physician pipeline, but the lack of progress in moving either bill forward illustrates how difficult -- and frustrating -- the political environment in Washington can be.

In 2011, Reps. Cathy McMorris Rodgers, R-Wash., and Mike Thompson, D-Calif., introduced a bill that would establish a pilot project allowing a portion of GME payments to go directly to non-hospital, community-based primary care residency programs. McMorris Rodgers and Thompson reintroduced the bill, which has support from the AAFP and other physician organizations, in the current session of Congress, but no companion bill has been introduced in the Senate. AAFP staff members are working with Senate staff members to try to find a sponsor for the bill in the Senate.

Meanwhile, Sen. Bernie Sanders, I-Vt., has introduced legislation to reauthorize the teaching health center program, which is set to expire in 2015. Republicans historically have been supportive of community health centers (federal funding for the program doubled under President George W. Bush), but thus far, Senate Republicans have been reluctant to put their names on a bill that specifically supports teaching health centers, a concept initiated as part of the Patient Protection and Affordable Care Act. To date, Sanders' bill has nine other co-sponsors -- all Democrats.

Family physicians might not give GME a second thought once they leave residency, but the way GME is funded affects the types of physicians we produce. Funding an outpatient residency through an inpatient facility doesn't work. And the proof that the existing system doesn't work can be seen in decades of failing to adequately increase the primary care workforce.

Providing GME funds directly to residencies would be a more efficient and more logical process. For example, CMS pays resident salaries in my program based on how much time the residents spend at our local hospital. Thus, residents have to work enough hours in the hospital to get paid, regardless of whether the training they need is hospital-based. Does that make sense for a specialty where the majority of physicians are more likely to practice in an outpatient setting?

In the teaching health center model, residencies are funded directly, and an education committee -- not a hospital -- dictates how residents are trained.

Indirect medical education payments also are an issue because CMS leaves distribution of those funds to the discretion of hospitals. Hospitals have legitimate claim to some of that money -- which is roughly $40,000 per resident -- because they provide residents with meals, sleep rooms and more when they are working at the hospital. Although some hospitals are good about sharing those funds, others are not. In my case, our residency receives no money from indirect payments. With 20 family medicine residents (including our first-year residents pictured with me above), imagine what we could do with a fraction of the $800,000 going to the hospital.

The federal government invests $13 billion a year on GME, but those funds need to be used appropriately to produce the workforce the nation needs. The family physician pipeline once again will be one of the key topics during the annual Family Medicine Congressional Conference, scheduled for April 7-8. I hope to see you in Washington.

Daniel Spogen, M.D., is a member of the AAFP Board of Directors.