The Bargaining Chip We've Been Looking For

There is a David-versus-Goliath perception that makes many primary care physicians dealing with giant hospitals and health care systems feel disadvantaged during payment negotiations, but the truth is that every health system needs a strong primary care base.

Now, more than ever, we can prove it.

Merritt Hawkins, the national physician search firm, periodically surveys hospital chief financial officers about how much revenue physicians in 18 different specialties generate for their affiliated hospitals each year. For the first time since the survey started in 2002, the CFOs indicated in a report released this month(www.merritthawkins.com) that primary care physicians generate more revenue, on average, than subspecialists. 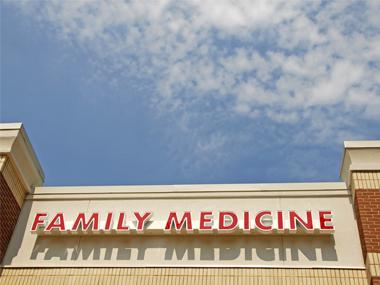 Specifically, the report says primary care physicians (family medicine, general internal medicine and pediatrics) generated a combined average of $1.6 million for their affiliated hospitals in 2012, compared to $1.4 million for physicians in 15 other specialties.

In fact, family medicine's average in the overall list ranked third at $2.1 million, trailing only orthopedic surgery ($2.7 million) and invasive cardiology ($2.2 million). It's also worth noting that family medicine's revenue average increased more than 20 percent from the previous report while the overall average for subspecialists declined.

Merritt Hawkins president Mark Smith called it a "seismic shift" away from subspecialists and toward primary care physicians, who are "taking a greater role in driving both the delivery of care and the flow of health care dollars."

What the report also tells hospitals and other employers is that they should be spending more money on our salaries. Family medicine ranks third in generating money for hospitals, but we rank last (tied with pediatrics) in average salaries at $189,000.

To look at it another way, physicians in nine specialties make an average of at least $100,000  more than the average family physician while generating anywhere from $207,000 (general surgeon) to $1.2 million (otolaryngology) less revenue for their hospitals.

Family physicians negotiating contracts should be aware of this report, be empowered by it and make sure that the people on the other side of the table are informed, as well.

The report validates what I've experienced here in Indiana, where I am chief medical officer of Community Health Network, a system with eight hospitals.

In the mid-1990s there was a national trend of hiring primary care physicians, but hospitals tended to know a lot more about inpatient care than outpatient care. And after being disappointed with the financial results, many health systems divested from primary care.

Now the trend toward hiring primary care physicians is back. More than 60 percent of AAFP members are employed, and that figure is expected to top 70 percent within five years.

But there could be more to it than that. The report also theorizes that the patient-centered medical home is a factor, and as more primary care physicians become directors of medical teams, they gain "more control of how patients access the system and how revenue streams are directed."

In our current fee-for-service world, where volume trumps value in the eyes of many, this is important information to know. But the system is transitioning, albeit slowly, to one that will be value based. So we should continue to strive to provide the right care at the right time while also knowing and being empowered by the value of the services we provide.

Clif Knight, M.D., is a member of the AAFP Board of Directors.