The Challenge of Working With Health Plans

Every year, AAFP leaders and staff members meet with several of the nation's largest health insurance companies to discuss payment and other issues important to family medicine. Last week at the Academy's headquarters in Leawood, Kan., we met with UnitedHealthcare (UHC), and it provided us with an opportunity to express our concern regarding UHC's recent move to make significant cuts to its Medicare Advantage provider network just a few weeks before Medicare open enrollment. 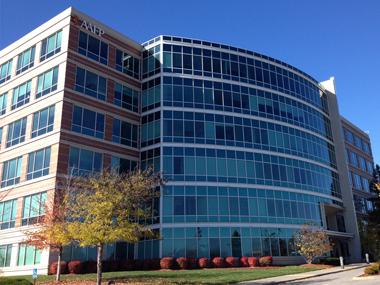 UHC representatives told us they made the decision because in some markets their networks were significantly larger than their competitors, who already have taken similar steps to reduce the size of their networks. They felt they needed to “optimize” those networks to align with their competitors. A narrower network, UHC's representatives said, will allow the company to invest more in certain practices through incentive payment programs and also will eliminate unwanted variations in care.

Regardless of whether UHC's business decision was good for the insurer, it was poorly timed, catching physicians and patients off guard during a critical time of year. We stated again that decisions that affect such a significant number of patients and physicians -- up to 18 percent of primary care physicians who contract with UHC in some markets -- should be communicated to the Academy in advance so we can alert our chapters and prepare our members.

According to UHC, the company did not remove patients from coverage altogether. Instead, it is working to move them to other practices in their network. As we told them, however, cutting large numbers of physicians could create capacity and access issues in some markets because many of our members do not have the ability to significantly increase their patient panels.

Despite the above matter, we were able to find common ground on some important issues. For example, United agreed that we need a more continuous dialogue at the staff level, and we identified a few issues that we will be actively engaged in with UHC moving forward.

UHC representatives also said they want to work with the Academy -- as well as other payers -- to standardize and align quality measures, which would vastly reduce the reporting burden physicians face. They also want to hear more about the new evaluation and management codes for primary care physicians that the Academy has recommended to CMS.

They also showed great interest in our upcoming PCMH Planner and our Choosing Wisely initiative.

Care management fees are another issue we will be discussing with UHC, which has publicly stated that it plans to have at least 50 percent of its provider network working under value-based contracts(consultant.uhc.com), rather than strictly fee-for services arrangements, by 2015.

Fee schedules that pay less than Medicare in some regions also were a topic of discussion. We emphasized that other payers in these areas do pay above Medicare rates, and to be viable, family medicine must be valued appropriately.

Working with health plans can be challenging, but we can build on common issues that keep the patient's best interest as our primary focus. We will stay engaged and continue to promote the value of family medicine.

Robert Wergin, M.D., is President-elect of the AAFP.