Tobacco Marketers Lie; Tell Kids in Your Community the Truth about Cigarettes

Who can stop them? 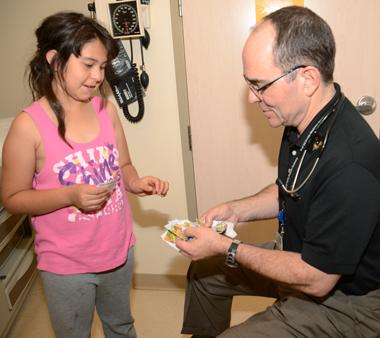 Children look up to physicians, and we can make a difference. Tobacco is the No. 1 cause of preventable death in this country, but if we can prevent children from starting to smoke, we can prevent them from suffering the horrible consequences.

I was a resident when I co-founded Tar Wars(www.tarwars.org) in 1988 as a local tobacco education program in Denver. That first year, we reached more than 7,000 children in the city. A year later, our tobacco-free message expanded across Colorado. Today, the program -- which has spread to all 50 states and beyond -- has been heard by roughly 8.5 million American kids. The program was presented by physicians and other health care professionals to an estimated 500,000 U.S children last year alone.

But we can do more, and we should.

Research (www.jabfm.org)has shown that Tar Wars is effective in increasing students’ understanding about the short-term consequences of tobacco use, cost of tobacco use, misleading nature of tobacco advertising and peer norms.

Kids might not understand or appreciate that long-term tobacco use can lead to things like lung cancer or emphysema. But we can frame the conversation in a way that will get their attention. For example, smoking a pack a day will cost a person -- depending on taxes in your city and state -- $1,500 to more than $3,000 a year. Little Suzie could buy a lot of friendship bracelets with that kind of dough.

Kids don't like to be lied to, but that's exactly what tobacco marketers do when they portray cigarettes as fun, sexy or cool. Tell the children in your community the truth about tobacco. Is there anything sexy about yellow teeth? How about bad breath and a hacking cough?

My inspiration for starting Tar Wars came after hearing a speaker at the AAFP's National Conference of Family Medicine Residents and Medical Students talk about the lies that marketers tell children about cigarettes. I had a patient who was dying of lung cancer at the time, and when that speech was over I was angry.

When I think about it, I still am.

More than 400,000 Americans will die this year because of tobacco-related illnesses.

Are YOU angry yet?

What are you going to do about it?

For those of you who already present Tar Wars in your local schools, thank you. For those of you who haven't yet been presenters, here's what you need to know: It's easy. A classroom presentation takes about an hour, and Tar Wars provides you with all the resources (www.tarwars.org)you'll need. The program will be celebrating its 25th year in the upcoming school year, and updates are being planned that will make Tar Wars even better.

Tar Wars isn't just for practicing docs. It's a great, ready-made program for residencies and family medicine interest groups, too.

Our first poster contest winner, back in 1988, was impressed by an exhibit we brought to her classroom that showed the difference between healthy lungs and lungs damaged by smoking. That young girl, Kelly McMullen, M.D., went on to become a family physician who now counsels her own patients about smoking.

School will be starting before you know it. Whose life will you influence?

Jeffrey Cain, M.D., of Denver, is president-elect of the AAFP.

OUR OTHER AAFP NEWS BLOG