Two Sentences That Changed My Life

My time on the AAFP Board of Directors is drawing to a close. Truly, it's been a great ride.

I've visited roughly three dozen states -- including two dozen constituent chapter meetings -- on Academy business during the past six years. I never tired of visiting our chapters and talking with you. Hearing your difficulties and frustrations was incredibly important to me. Instead of making me feel discouraged, those conversations gave me more energy and motivation to make our voice heard with legislators and payers. That extra energy often was needed. During my year as AAFP President in 2010-11, I spent 200 days on the road. That's a lot of flights, hotels and cab rides. 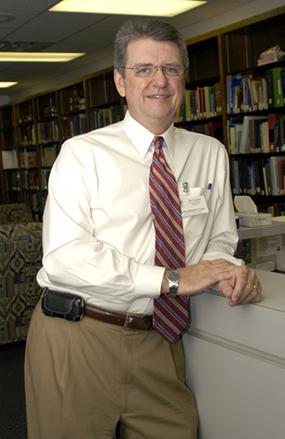 My current path would have seemed unlikely when I was completing residency in 1984. AFP leadership wasn't a goal of mine -- or even a thought -- at the time. I was excited about going home to practice, and I had 1-year-old twins to focus on. That seemed like more than enough. However, things happen that change even the best of plans. The initial change was the closing of the small hospital where I practiced and a change of career path to residency teaching.

And then it was two simple sentences that really changed my life.

I was the program director of the family medicine residency program in Corpus Christi, Texas. In 1988, our specialty had disastrous results in The Match. Two months later, family medicine program directors met during a state medical association meeting in San Antonio and agreed that The Match results were bad for health care in our state, and something had to be done.

Coincidentally, an interim study on postgraduate health institutions was being conducted for the state legislature, and the program directors agreed to try to influence the process leading up to 1989 legislative session. We  managed to get a request to be heard by the committee involved in the interim study, and I sat down one night and wrote what I thought would be good testimony for someone to deliver on our behalf.

That someone turned out to be me.

In my testimony, I said family medicine absolutely had to have a third-year core rotation that was the same duration as every other core rotation in medical school. It wasn't received well by many of our state's academic institutions, but it garnered support from key legislators -- including then Rep. Mike McKinney, M.D., a family physician who later became chancellor of the Texas A&M University System.

When McKinney was working on an omnibus health care bill a year later, his staff asked what family medicine wanted from the legislature to get the curriculum changes we needed.

And therein lies the two sentences, which were inserted in the health bill that set me on this path.

With some help from then Texas AFP Executive Director Jim White, we wrote that all medical schools that receive state money would have a core rotation in family medicine during the third year. And that core rotation would be of equal length to other core rotations in that year.

My involvement in its passing made me unpopular with some people in academic circles, but it set me on a leadership path in the Texas AFP. By 1991, I was chair of the Department of Family and Community Medicine at The University of Texas-Houston Health Science Center, and people in my state chapter were encouraging me to get involved at the national level with the AAFP.

By then I had three young children, and it didn't seem like the right time to take a big leap into national advocacy. Instead, I stayed closer to home and served as president of the Texas AFP in 1994-95. Later, I served the AAFP as a member of its Commission on Education, which I eventually chaired. After that, I was a member of the Academy's Commission on Legislation and Governmental Affairs and went on to chair that commission as well.

The point is that you can choose when in your career and where in our country to invest time in advocating for our specialty and at what level to do it. Advocacy, in its most robust form, can be grueling. (Did I mention 200 days on the road in one year?)

But it doesn't require a big time commitment to simply do what you can. Any one of us can go talk to our local Rotary Club, Optimist Club or patient group about family medicine. Any one of us can give the primary care perspective at a community forum on health care.

Do what you can. Be part of your community. It makes a difference. I have found talking to community groups fun and rewarding. As a young physician, those conversations helped build my practice.

For those who catch the policy bug and want to do more, I urge you to try. Despite the challenges and frustrations, it is a rewarding experience. I'll never forget meeting with the four leaders of Congress in a two-hour span one day in Washington. I also was privileged to speak before Congressional Committees on multiple occasions.

And I don't care if you're a Republican or a Democrat, if you have a chance to meet the President of the United States, talk to him about health care and represent our members in the White House, that is a career highlight.

There is still much work to be done for family medicine. I wish we could have fixed the sustainable growth rate formula during my time on the Board of Directors. I would have liked to have accomplished more to increase payment for primary care. But as an old politician once told me, sometimes the system won't let you accomplish everything you want, so you have to understand how to take what you can get and come back and fight again. And hopefully, you pass that passion on to those who follow you.

Soon our Congress of Delegates will elect four new board members and select a new president-elect. I wish them well.

What can you do to help? You can find information on our website about getting involved with the Academy's grassroots advocacy efforts, serving on AAFP Commissions, and student and resident leadership opportunities.

It's never too early, or too late, to get involved.