proposed rule published Jan. 10 by CMS is expected to save the federal government $1.3 billion during a five-year period by curbing fraud, waste and abuse in the Medicare Advantage (Part C) and Medicare Prescription Drug Plan (Part D) programs.

Unfortunately, the wording of the 157-page regulation also created significant angst among some family physicians. Specifically, CMS wrote that it is proposing "to require that physicians or non-physician practitioners who write prescriptions for covered Part D drugs must be enrolled in Medicare for their prescriptions to be covered under Part D." 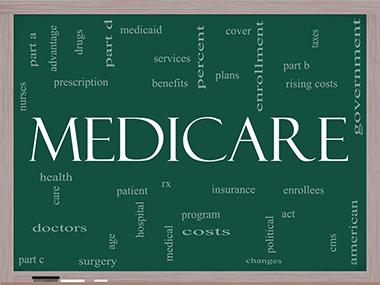 Some AAFP members who don't participate in Medicare have expressed concern that the proposed rule would affect their ability to prescribe medications for their Medicare patients, but that isn't the case.

"We believe that allowing opt-out physicians and eligible professionals to continue to prescribe covered Part D drugs to a Medicare enrollee would ensure consistency with the Part B program in this regard," the rule says.

The rule proposes that physicians and others prescribing drugs for Medicare patients be required to enroll so that CMS can "ensure that Part D drugs are only prescribed by qualified individuals." CMS implemented similar policy regarding durable medical equipment this month. The enrollment requirement actually will have no effect on most AAFP members because both participating and non-participating physicians are already required to enroll to bill for any Part B services that they provide. And, as stated above, CMS plans to continue to allow an option for physicians who opt out.

It is important to remember that this is a proposed rule, and it will not affect family physicians this year. The AAFP has not finalized our response to this proposed rule. Now is the time for you as members to provide the Academy with your thoughts and concerns to help us clarify our response during the comment period. You can do this in the comments area below.

In addition to the enrollment requirement, there are other provisions of this proposed rule the Academy will address. For example, the proposed rule requires formulary inclusion of all drugs within the antineoplastic, anticonvulsant and antiretroviral drug classes, but it no longer requires all drugs from the antidepressant and immunosuppressant drug classes to be included in Part D formularies.

The Academy is in the process of reviewing the proposed rule and will provide comments to CMS before the March 7 deadline. What are your thoughts?

Reid Blackwelder, M.D., is President of the AAFP.